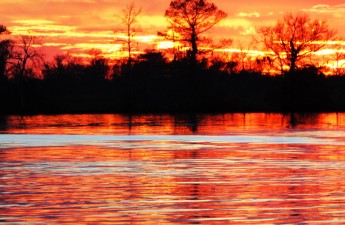 Horry County is located along the northern coast of South Carolina and is well-known for being home to Myrtle Beach. Beyond the urban areas of the coast, the county consists largely of wetlands, forests, and farmland.

Like many parts of the country, Horry County has seen extensive development over the last few decades, growing from 69,992 residents in 1970 to an estimated 309,199 in 2015. Such extensive growth has the potential to degrade water quality and fragment habitat. In addition, it can threaten public access waterways and other forms of outdoor recreation. Because the county’s diverse water resources interconnect its urban and rural areas, it is an ideal location in which to apply green infrastructure principles through parks and open space planning.

In January of 2015, Horry County Planning & Zoning, in cooperation with Horry County Parks & Recreation, initiated an update to the county’s Parks and Open Space Plan. The ultimate goal was to identify the county’s recreational needs and areas to target future conservation. This planning effort involved a community survey and focus groups focused on identifying recreational needs, in addition to a conservation based focus group to identify gaps in conservation. Citizen input revealed a desire for multi-purpose parks that serve all ages and activity levels, incorporating both passive and active facilities. Recreational trails and other outlets for outdoor recreation were also strongly desired. 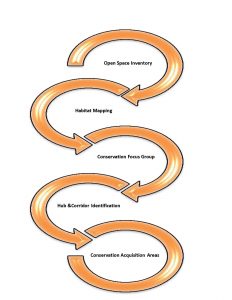 Beyond resident input, conservation organizations, including private, local, state, and federal agencies, met to discuss conservation acquisition priorities in the county. The group discussed habitats that were significant to their missions, the location of existing conservation hubs, and the critical linkages between them. The group also discussed areas where development pressure is more eminent and where development has already been approved in relationship to these habitat corridors. Having a diverse group of conservation and land managers at the table helped ensure that the best available experts informed the development of the priority conservation map to include in the plan. This conceptual map is just one of the draft products that have resulted from the planning process. The Waccamaw River serves as one of the priority areas on the map, as it links existing conservation hubs and protects lands located within the floodplain. Other areas were identified as well do to the habitats within them and the linkages they provide between habitats.

Because each conservation organization has their own mission and varying resources, and realistically it takes a willing property owner to sell their land or establish an easement, no ranking was assigned to the priority conservation areas. Horry County Government does not frequently acquire land for open space acquisition because open space acquisition comes with the responsibility to manage for wildlife or habitat enhancement. Being such, the county relies upon the collaborative efforts of our conservation partners to protect significant habitats. 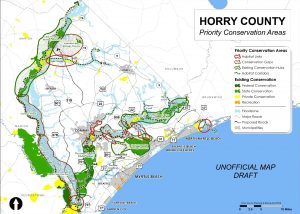 The plan, while still in draft form, recommends that the county continue to collaborate with area conservation partners to provide recreational access to area waterways and other natural lands. The county will also continue to revisit its land development regulations to ensure that quality open space is preserved in new residential subdivisions. Beyond this, the county will also continue to expand opportunities for outdoor recreation experiences at existing and future recreation facilities.  The Horry County Parks and Open Space Plan is still undergoing development; therefore, the Priority Conservation Areas map remains unofficial at this time.